Believing the Boom or Bust? 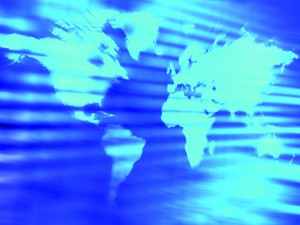 Call it volatility. Call it a sell-off. Whatever you want to call it, the first couple weeks of 2016 have been anything but pleasant for markets across the globe. We have run out of fingers and toes to count the number of Wall Street strategists that are predicting 2016 as a year of a major market decline, if not the “next 2008.” The end of U.S. quantitative easing, China, oil, currency fluctuations; the wall of worry seems too tall for markets to climb. Despite a rocky start for markets, we continue to believe in an economic outlook that indicates moderate growth. There are three factors that we believe investors are either overreacting to or completely ignoring, altogether: the decline in oil prices, Chinese economic activity, and U.S. market fundamentals.

Prior boom-and-bust cycles in the price of oil have hinged more on demand pressures than supply excess. If demand is decreasing, economic activity may be slowing, the theory goes. From there, the price of oil falls, causing the stock market to decline, as well. However, as we have mentioned in recent weekly market updates, this cycle’s drop in oil prices has been more about a supply glut, than an aggregate decline in demand. While recognizing that the decline in oil prices will more than likely put some U.S. producers out of business and hurt the overall sector, we believe the benefits of lower oil prices, both to the consumer as well as to input prices, far outweigh any negatives. Thus, we believe the recent correlation between lower oil prices and lower broad market stock values is inconsistent with a cause and effect relationship.

If, by chance, oil is up on the day and the markets are down, it must have something to do with the world’s second largest economy, China, right? Whether it’s the wild swings in China’s own stock market or disappointing economic data, you can’t go a day without someone blaming something on China. But if we take a step back, maybe we shouldn’t be so quick to “sell first” and ask questions later. Given the fact that China was a closed society until just a few decades ago, its growth and economic progress remain astounding. China is transitioning from an industrial economy to a consumer-driven economy at a much faster pace than the U.S. did, with more than half of its economy now represented by the service sector. Sure, the economic numbers are questionable; it still is a Communist society, where the government controls everything, but China’s economy is growing at over twice the speed of the U.S. economy. China has massive foreign reserves of roughly $3 trillion, which it will be able to use to help stabilize its currency, as well as to provide support for any vulnerable sectors of China’s economy. In short, fears of China’s impending economic collapse are overblown. Even if they weren’t, as it relates directly to the U.S., exports to China account for less than 1% of our total exports, and total exports account for less than 12% of our GDP (so the effect is around a tenth of a percent of overall GDP).

Last, but not least, many pundits are completely ignoring sound market fundamentals here in the U.S. Nearly 300,000 jobs were added in December (granted most were probably seasonal), and the long-term average is above 225,000, per month. That is not forecasting a recession. Yes, the manufacturing index is under 50, but there was also an inventory build in the middle of 2015 that needs to be worked through. Corporate balance sheets are still strong, borrowing/money flow is by no means tight, and current price to earnings multiples for the broad market are at or below historical averages. Coming into 2016, we thought the market was neither expensive nor cheap, but close to fair value. With the sell-off witnessed over the past few weeks, it’s fair to say that markets are looking more attractive.

Those three factors aside, we continue to maintain that we always have two factors in our favor – diversification and time. Used in conjunction, these factors provide the recipe for withstanding periods of market turmoil. As Warren Buffett has aptly stated, “investing is simple, but not easy.” Sticking to an investment plan isn’t always easy, either. However, keeping our focus on the long-term goals allows us to avoid knee-jerk reactions when faced with bumps along the way.

Any opinions expressed in this forum are not the opinion or view of Ambassador Advisors or American Portfolios Financial Services, Inc. (APFS). They have not been reviewed by either firm for completeness or accuracy. These opinions are subject to change at any time without notice. Any comments or postings are provided for informational purposes only and do not constitute an offer or a recommendation to buy or sell securities or other financial instruments. Readers should conduct their own review and exercise judgment prior to investing. Investments are not guaranteed, involve risk and may result in a loss of principal. Past performance does not guarantee future results. Investments are not suitable for all types of investors.